If you want to study in the UK, it will be wise to learn what universities are considered to be the best and which you should consider. To help you with this task, there is the trusted Times Higher Education World University Rankings 2016-2017 that reveals the 91 best universities in the UK.

Top 5 universities in the UK

The University of Oxford is considered to be one of the most popular and prestigious universities in the world and the best one in the UK. It welcomes students from all across the globe to its 44 colleges and halls. As you can guess, entry standards to the university are very high. Furthermore, admissions are competitive. In 2015, there were 6 undergraduate applications for each place and 5 postgraduate applications for each place.

The University of Oxford offers various programs, including the most popular honors programs such as the combination of philosophy, politics, and economics. Despite the fact that such program is considered to be one of the most prestigious, it is no longer unique to the university. Besides this program, students can choose from at least 250 undergraduate degree combinations offered by the University of Oxford.

Students of the University of Oxford, both undergraduate and postgraduate ones, often can enjoy the ability to live in the beautiful college building or college-owned accommodation. Also, education in the UK and in the University of Oxford in particular, is associated with quite intensive social life and a great number of recreational activities such as rowing and attending some cultural events.

The University of Oxford has more than 100 libraries. The most famous library was built in 1602 in the small town called Bodleian. In the town, students of the university can also visit the famous Oxford University Museum of Natural History to see the remains of a dodo bird. Those who want to visit the Museum of the History of Science will be able to see a blackboard used by genius Albert Einstein.

The university’s notable alumni are more than 30 world leaders, 26 British prime ministers, 26 Nobel Prize winners and more than 120 Olympic medalists. The most famous people who graduated from the University of Oxford are Stephen Hawking and Indira Gandhi.

It is worth to mention that about 95% of the university’s graduates find employment within half a year after they complete their course.

The University of Cambridge, like the University of Oxford, is also considered to be the world-famous, reputable and one of the best in the world. It is situated close to the capital of the UK. It will take you just about an hour to get to the town from London.

The university has a population of more than 18,000 students and about 9,000 staff. It welcomes students from all across the globe to its 31 colleges. Some of them were established in the 13th century and have a long history of untarnished reputation.

Admissions to the University of Cambridge are extremely competitive. More than 75% of applicants are rejected and about half of them have A grades for all their final school exams.

One of the most distinctive features of the University of Cambridge is the shorter terms in comparison to the most universities in the UK.

The University of Cambridge is also known for the extensive collections of medieval manuscripts belonging to its libraries. There are also Cambridge museums that display unique collections of archaeological artifacts and zoological specimens.

Imperial College London, one of the best in the world of science, technology, engineering, medicine, and business, is based next to Kensington Palace in the Royal Borough of Kensington and Chelsea. There are also some other campuses around the city.

The college is also known for its success in producing government advisers and policy makers of the UK. When it comes to the world of science, the college is known as the institution that graduates Fields medalists and Nobel Prize winners. All graduates of the college are highly sought after.

The Imperial’s most notable alumni are the author H. G. Wells and Sir Liam Donaldson, head physician to the Queen.

University College London (UCL) is considered to be one of the most selective universities in the UK. The college graduates some of the most employable specialists in various fields. That is why it is highly in college league tables.

The history of the college has a brilliant reputation of the first educational institution in the England that admitted students irrespective of class, race or religion. It is worth to mention that it was exactly the University College London that was the first to admit women on equal terms with men. The high level of equality was the result of the educational philosophy of the university’s spiritual founder – Jeremy Bentham.

The most competitive degree provided by the university is BSc in philosophy, politics, and economics. Applicants to the degree generally have all A grades at A level. Nevertheless, the competition is so high that only 1 of 30 applicants has a chance to be accepted to the university.

The UCL is also considered to be one of the most internationally friendly universities in the UK. Half of its population is made up of international students. Mainly, students came from Asia and Europe.

The most notable alumni of the ULC are Mahatma Gandhi; Alexander Graham Bell, who invented the telephone, as well as members of Coldplay band.

London School of Economics and Political Science (LSE), the most internationally diverse university in the UK, is situated close to such important institutions as the Royal Courts of Justice, Lincoln’s Inn, the Royal College of Surgeons and the British Museum. About 70% of the university’s population is made up of international students.

The university is known as a high-quality educational institution that prepares top specialists in such fields as law, economics, history, philosophy, and politics. About 26% of Nobel prizes for economics are associated with the graduates from the LSE.

Admissions to the London School of Economics and Political Science are extremely competitive. In 2014, there were about 12 applicants for each place. When it comes to postgraduate courses, the competition is even higher. Less than 7% of applicants are accepted to the postgraduate courses, such as in those in economics, management, and law. Like any other top university in the UK, the candidates to LSE generally have all A grades at A level.

There is a practice of unique lecture series at the London School of Economics and Political Science that saw such prominent cultural, political and academic figures, including Nelson Mandela and George Soros.

One of the most notable alumni of the London School of Economics and Political Science is B.R. Ambedkar, the main architect of the Indian Constitution. 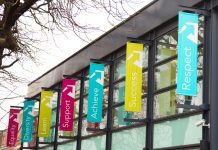 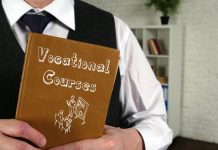 The Benefits of Vocational Courses 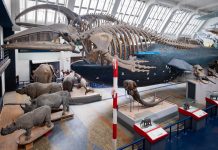 Facts about education in the UK

© Copyright 2021 · Education in the United Kingdom · All Rights Reserved